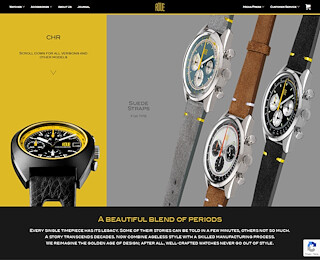 The modern wristwatch is a fashion accessory with much functionality. These smart-watches possesses excellent features like making and receiving calls, taking voice notes, checking your bank account information, and lot more on a that exists to tell time.

Despite all of these recent advancements, some of the most sought-after features have been in existence for decades.

Chronograph watches have been in existence for over two centuries now, and they've remained an attractive piece. For casual watch buyers who are confused with what exactly qualifies a chronograph watch, we're here to give an understanding of that confusion.

What Is A Chronograph?

A chronograph watch, in its purest form, is a watch having a stopwatch function built into the movement. It has a mechanism used to measure elapsed time, where an actual length of time needs to be known. Chronograph watches exist in a different kind; manual, self-winding, or quartz powered. Due to its complexity, a chronograph also raises watch values.

Do I need a chronograph watch?

If you're in search of a timepiece with some sophisticated features to it, then a chronograph watch would be a great option. It's one of the most common complex, but also one of the most functional watches you can find anywhere.

The enchantment of chronograph watches is twofold. Firstly, they are incredibly convenient. Possessing a function on your wrist is more realistic than moving about with a stopwatch, and it's unlikely always to have your phone out every moment. So, you don't need an extra device when needing to time something.

Secondly, the practical and more important reason is that these watches are often delicately crafted, beautiful fashion pieces. For sure, you can always get cheap and ugly watches with a chronograph function, but it's best to spend a few minutes shopping for classy types of watches you can find with exquisite design, such as the Zenith El Primero Original 1969.

How to use a chronograph watch?

Chronograph watches are recognized with the inclusion of two pushers at 2 o'clock and 4 o'clock on the watch case. These pushers are functional; the top starts and stops timings while pusher beneath resets to zero.

On the chronograph watch surface, there is also an incorporation of two sub-dials on it, making a total of three. One of the three sub-dials constant run seconds for standard time telling while the other measures elapsed minute and the third measures elapsed hours. But you'll notice that the massive seconds' hand at the center of a chronograph doesn't run until you start timing, making it the elapsed seconds on the chronograph.

How do you read a chronograph watch?

Amidst the critical components, a chronograph watch is its ability to measure time and distance. A tachymeter is a specific feature responsible for this activity, although, not all chronograph watches have this, some have a scale for this measurement.

For tachymeter watches, using the tachymeter requires little math. It might somehow look daunting at first interpreting the chronograph results, but let's take a look.

Measuring speed in measuring speed, firstly, the total distance traveled must be known. The total time it takes to cover this distance should then be divided by 3600, and the outcome is your speed. For example:

Measuring distance to measure how far you've traveled, the speed at which you went must be known. You start the chronograph at zero and stop it once your tachymeter reads the rate at which you traveled.

What is the purpose of chronograph watches?

As discussed earlier, a chronograph watch is a combination of stopwatches or timers for calculating the speed of time in seconds, minutes and hours, and also speed and distance. As one of the most sophisticated watches with intriguing features, its purpose is serving humans as a fashionable multifunctional piece that eradicates the hassle of going about with multiple devices. Also, its rare features increase the timekeeping quality and sharpness of these watches.

chronograph Watches
We Specialize In:

We welcome your comments!